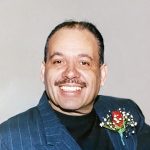 On Friday, October 9, 2020, at 3:57 p.m., surrounded by family, God gently called Leon Larue Turnbough to His side. Leon was born in Hattiesburg, Mississippi on January 23, 1946 to Claudette and John Ellis Turnbough. Leon’s parents and his brother, John, preceded him in death.

At the age of 10, Leon’s family moved from Mississippi to Chicago, Illinois. He later attended high school at the De La Salle Institute. In 1963, he joined the U.S. Armed Forces and bravely served until 1966, when he was honorably discharged. His awards include the Good Conduct Medal and 2 Badges.

Leon continued his academic studies at Roosevelt University and graduated from Chicago State University, where he received a bachelor’s degree in Psychology.

Leon joined the Chicago Police Department in 1971 and became one of the most esteemed officers in his unit. In 2004, he retired after 33 years of service, receiving several awards and accolades for his exemplary work.

Leon met his wife, Rhonda, while the two were working as partners at the Police Department. They were married in April 1990. Leon and Rhonda enjoyed 30 years of marriage filled with love, laughter, and countless unforgettable moments and joyous celebrations.

Throughout his life, Leon was blessed with four children and four grandchildren, all of whom he loved dearly. He was a proud father and carried the title with honor. He devotedly cared for and protected his children, who embody his wisdom, love, and strength—along with humor and classic charm.

Leon was blessed with many talents and enjoyed cultivating several cherished hobbies. He was an avid fisherman, a fitness enthusiast, and an excellent crystal miner. Leon was committed to each of his crafts, dedicating the proper time and care to master them.

Leon loved to help and serve others, but above all, Leon loved to serve God. For the past eight years, Leon attended church service every Sunday and shared his love of cooking by volunteering in the church kitchen.

Leon leaves several loved ones to celebrate his life:

• And a host of other relatives and marvelous friends.

Though he is a man of many career honors, Leon’s endless love and everlasting care for his family, friends, and others make him a real superhero.

“For God so loved the world, that he gave his only begotten Son, that whosoever believeth in him should not perish, but have everlasting life.” (John 3:16)