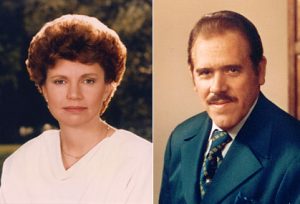 Do you need a spiritual coach to help you along the way?

God has provided messages for us through the Messengers Mark and Elizabeth Clare Prophet. Yes, throughout time, the ascended masters have communicated spiritual teachings through messengers ordained by God, messengers such as Moses, Samuel, and Mohammed.

What is a messenger?

The task of the messenger is to bring the message of truth from the heavenly realm. Since the founding of The Summit Lighthouse in 1958, Mark Prophet and later, his wife Elizabeth Clare Prophet, have served as messengers.

The Messengers Mark L. Prophet and Elizabeth Clare Prophet were trained by El Morya to receive the Word of the Lord in the form of both spoken and written dictations from the Ascended Masters. Prior to his ascension on February 26, 1973, Mark transferred the mantle of the mission to his wife Elizabeth Clare Prophet.

Pioneers of modern spirituality, the Prophets have traveled worldwide conducting seminars on topics such as self-transformation, soul mates and twin flames, karma and reincarnation, angels, healing, prophecy, the afterlife, the ascension and the mystical paths of East and West.

For 50 years, The Summit Lighthouse has published the Teachings of the Ascended Masters – the mystics and sages of East and West who have graduated from earth’s schoolroom and attained union with God.

The Summit Lighthouse is a non-profit organization. It provides each a unique spiritual path embracing many faiths and nationalities.

Click here to learn more about the Messengers Mark and Elizabeth Clare Prophet and/or The Summit Lighthouse. 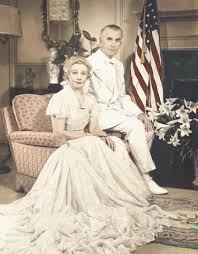 Prior to the founding of The Summit Lighthouse in 1958, Guy Ballard was the Messenger for the Ascended Masters. He founded the I AM Activity in the early 1930’s. Guy Ballard, known as Godfre Ray King and Daddy Ballard ascended on December 31, 1939 and is now known as Ascended Master Godfre.

Guy Ballard received many teachings from St.Germain. His many experiences are recorded in the three books he subsequently wrote: Unveiled Mysteries, The Magic Presence and the I AM Discourses. 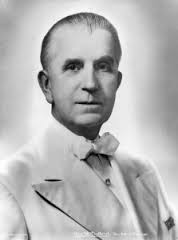 Guy Ballard’s wife Edna Ballard, was also a messenger of Saint Germain for the I AM Activity. Edna Ballard was often called Mama Ballard by her students. She ascended on February 12, 1971 and became the Ascended Lady Master Lotus.

Edna Ballard or Ascended Lady Master Lotus, in a dictation through Mark Prophet in 1973, said “I do espouse and back with my total heart flame this activity, (The Summit Lighthouse) and this messenger (Mark Prophet) as the continuing outpost and release of the Great White Brotherhood and of Saint Germain for this age.”

The Great White Brotherhood is a spiritual order of Western Saints and Eastern adepts who have reunited with the Spirit of the living God in the heavenly world. The term ‘white’ does not refer to race but to the aura surrounding these immortals.

Other organizations previously sponsored by The Great White Brotherhood include the Bridge to Freedom and the Theosophical Society.

*All materials published with permission from The Summit Lighthouse® and Summit Publications, Inc. The Summit Lighthouse®, Church Universal & Triumphant®, and Keepers of the Flame® are trademarks registered in the U.S. Patent and Trademark Office and in other countries. © All rights to their use are reserved.